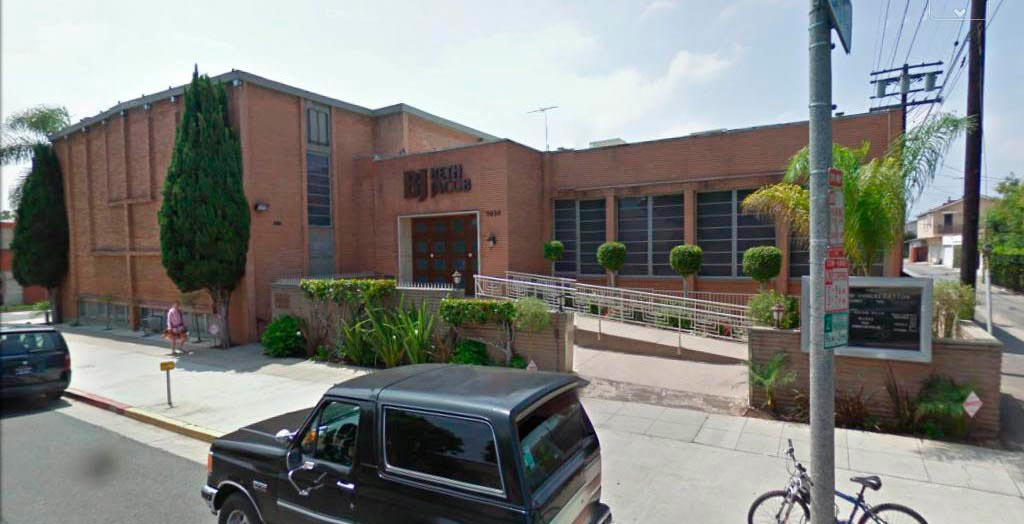 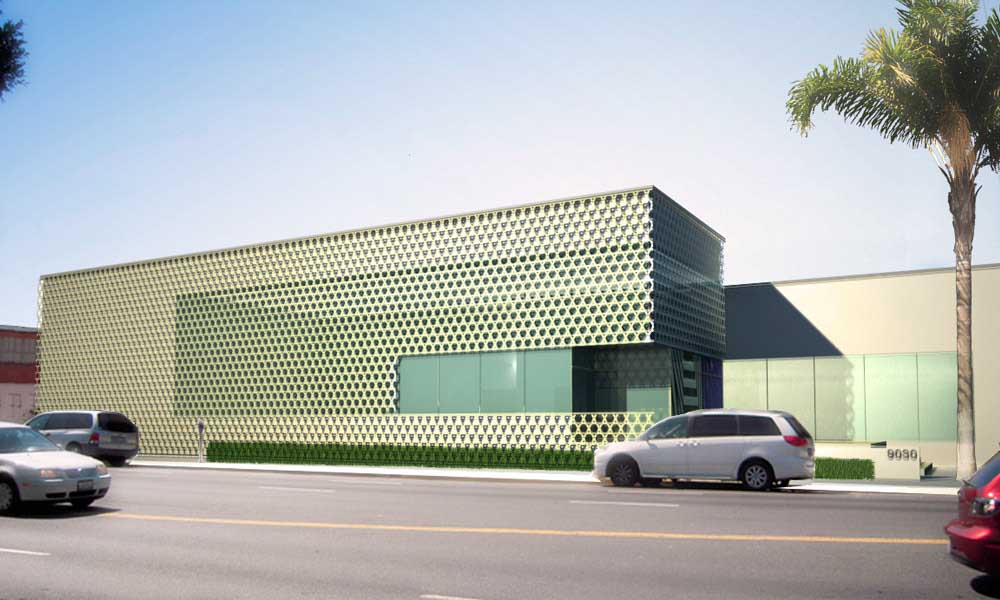 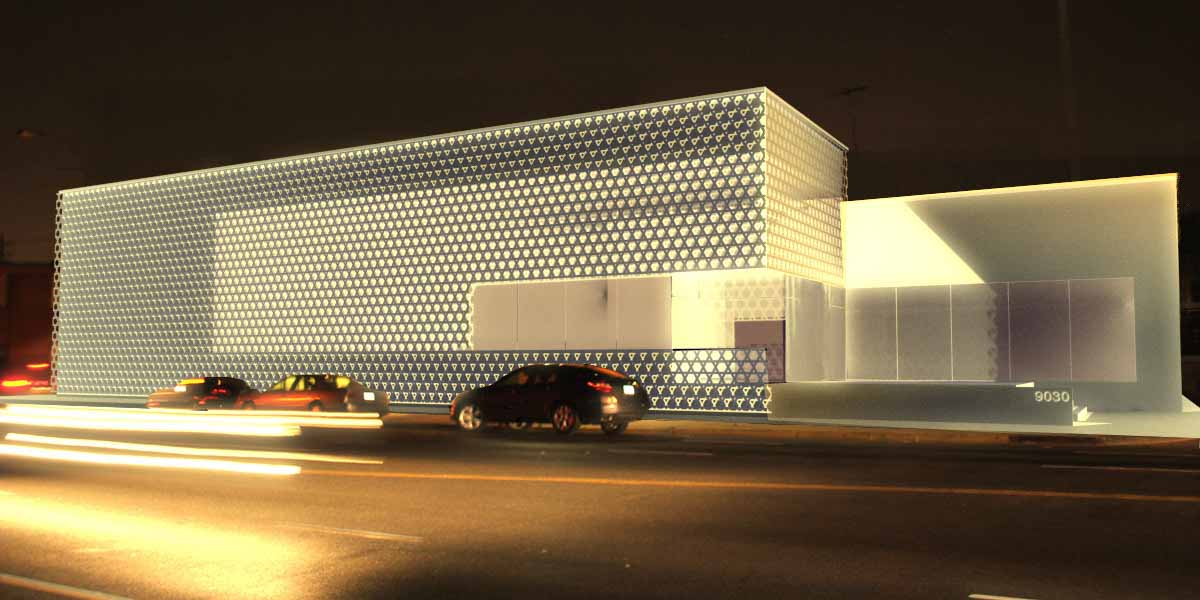 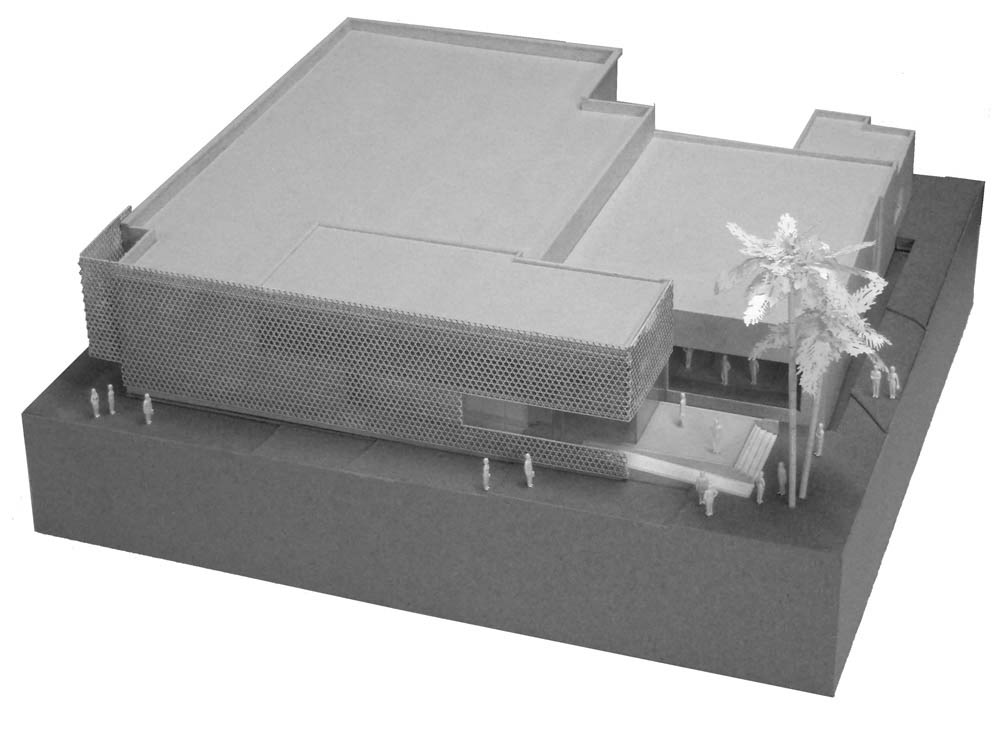 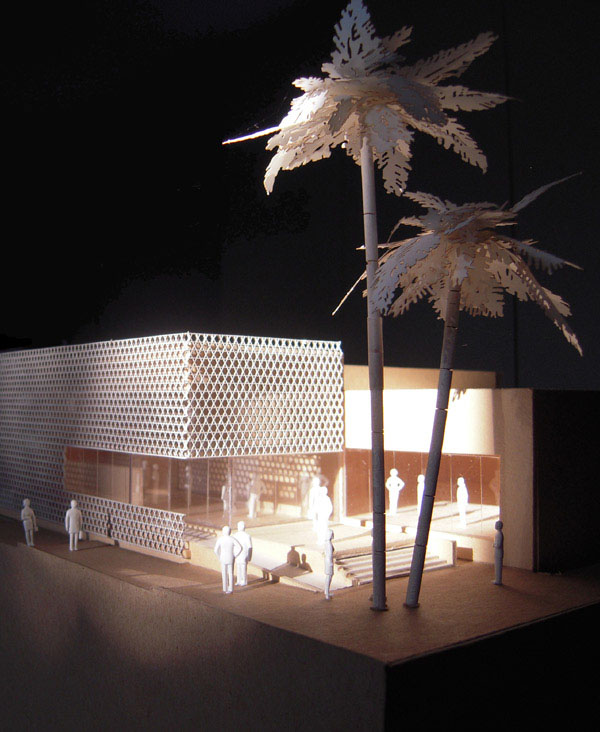 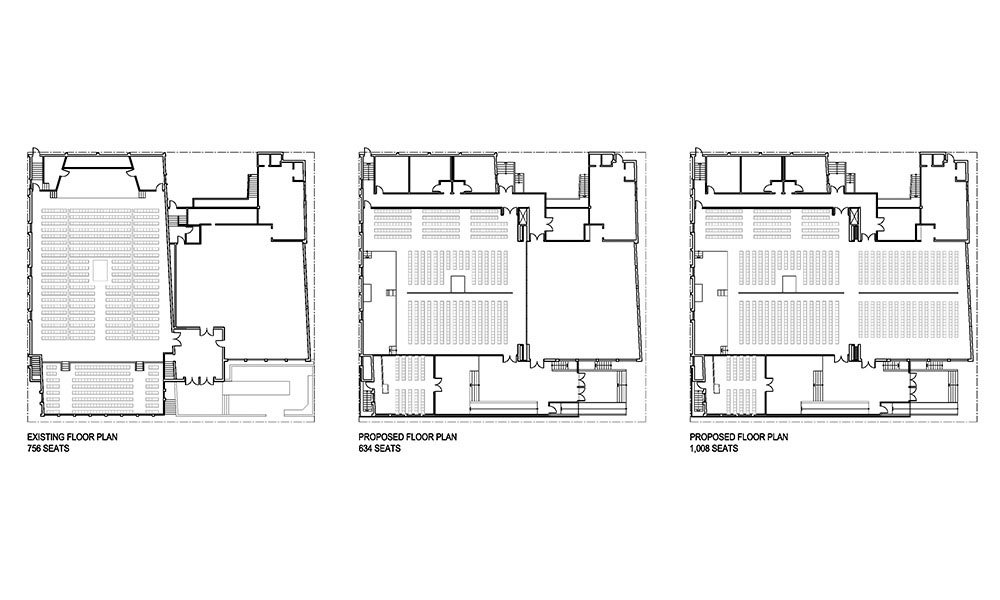 Alexander Elias Architecture was invited to submit a design proposal for the renovation of and additions to a modern Orthodox temple originally built in 1954. Our entry is informed by the description of the first tabernacle found in the Torah. In the Book of Exodus, the original structure was a tent located in a compound surrounded by a fabric wall.

A new lobby and lounge, located on the front of the building, is enclosed by a screen woven in a Star of David pattern. This element references the Biblical description and embodies the congregation's stated purpose that it be an open community engaged with the city in which it exists. Historically, the Jewish people have been referred to as the "people of the book". The Torah is central to Jewish life, and it is this text, not iconography or other imagery, that provide the Jewish people with their religious identity and cohesiveness.

The Star of David is also a template onto which any letter of the Hebrew alphabet can be written.  The screen was intended then, to be a template for the inscription of words and phrases that communicate the identity and values of the temple. In cultural terms, the screen could be perceived as a kind of billboard, one that is legible from passing cars on the street. While his literal and conceptual reading would be appropriate for a temple located in the heart of metropolitan Los Angeles, the screen is meant to be read by pedestrians. Since this is a modern Orthodox congregation whose members do not drive on the Sabbath, worshipers at Beth Jacob will most commonly approach the building on foot. Writing on the screen would presage the activity within.

The project also proposed the redesign of the interior of the building, adding a larger entry space, a chapel for daily services and enlarged and up-to-date restrooms. The sanctuary would also be reconfigured to face east and be bounded by a movable partition to allow expanded seating in the social hall for large events and services.