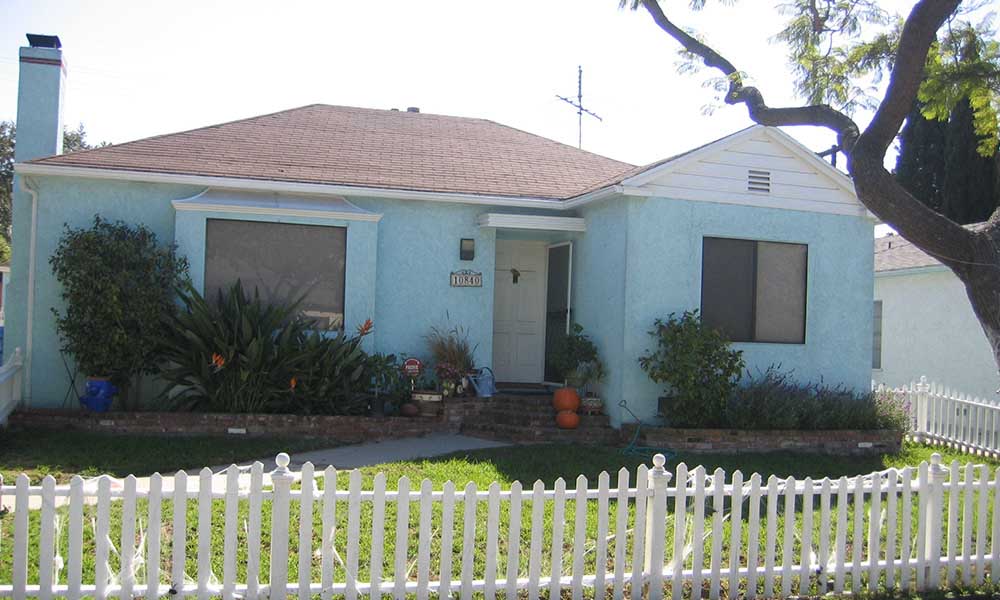 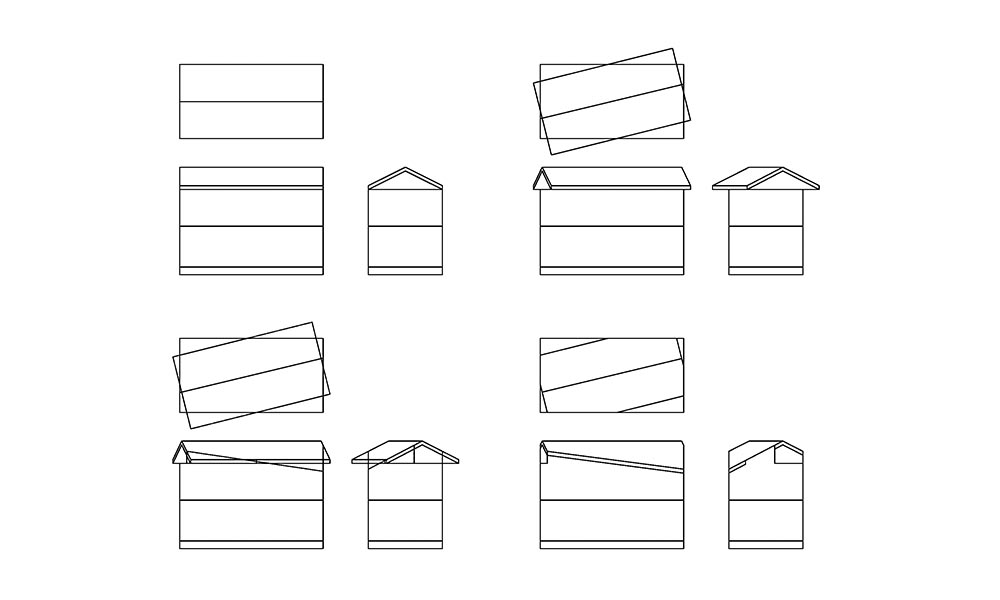 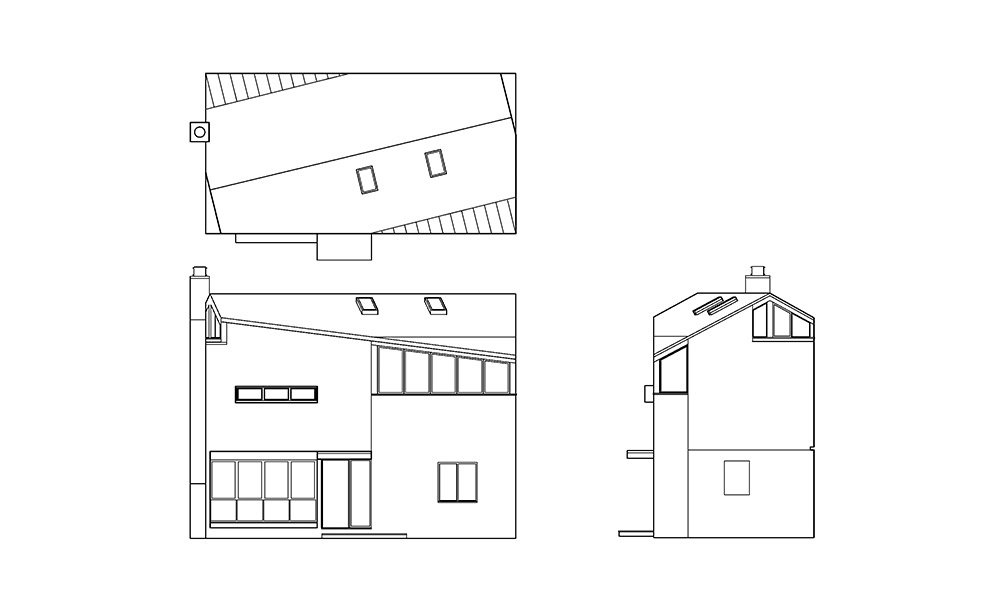 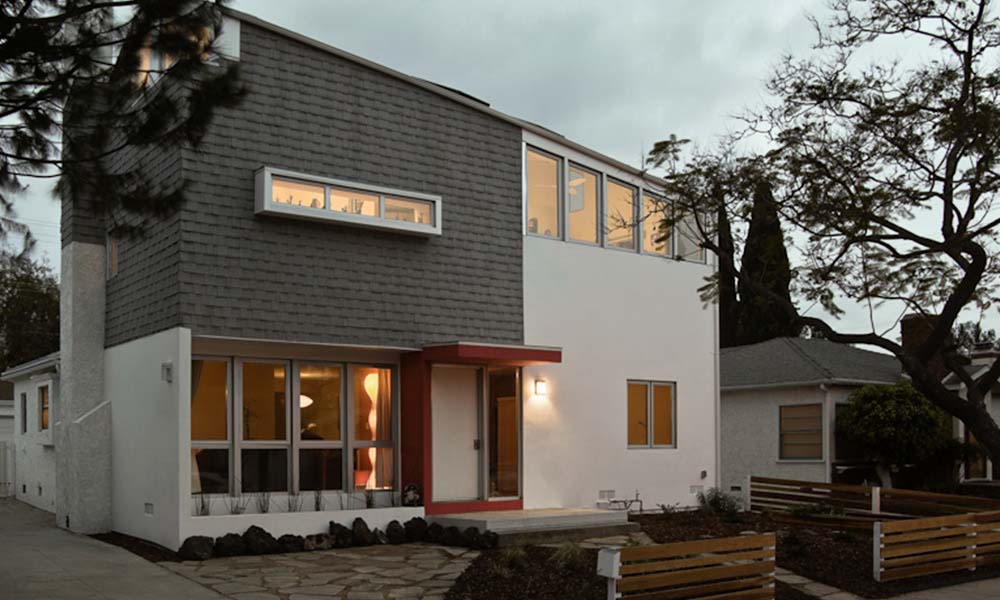 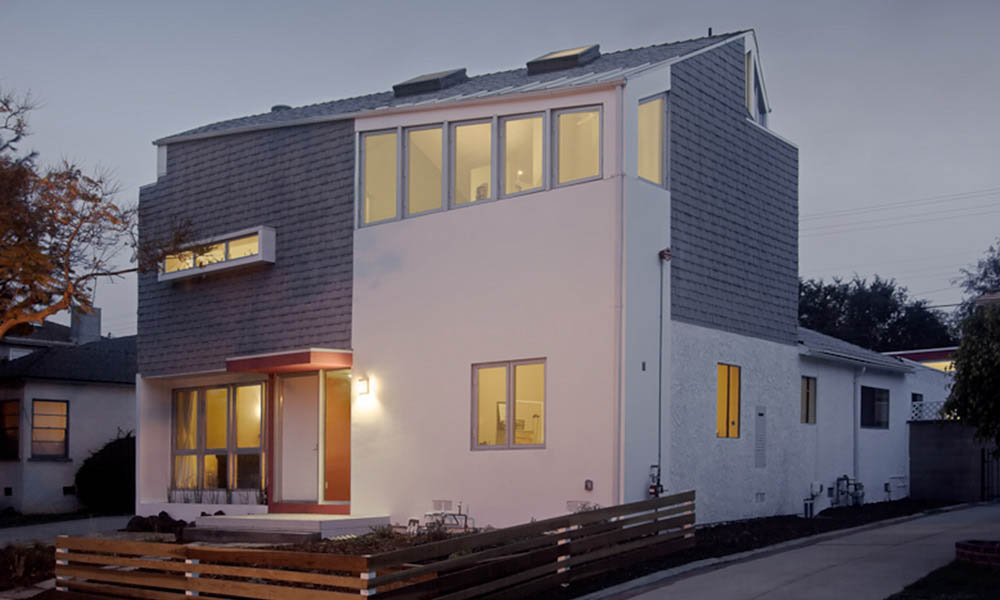 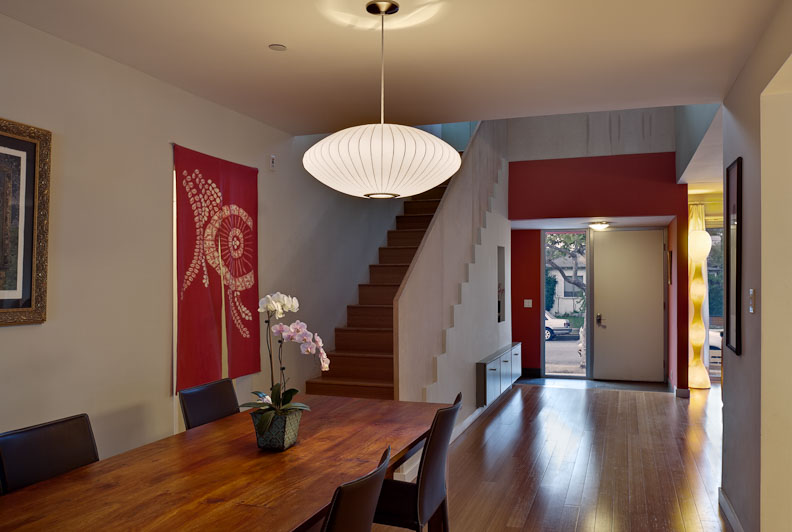 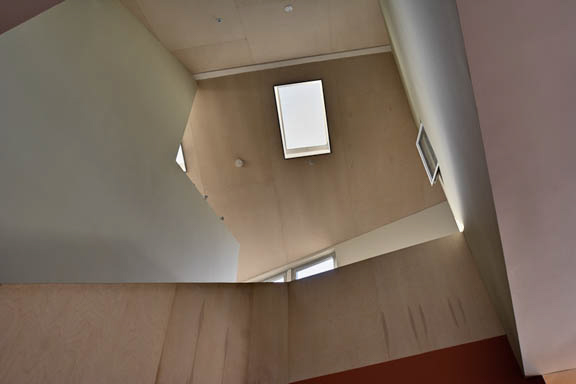 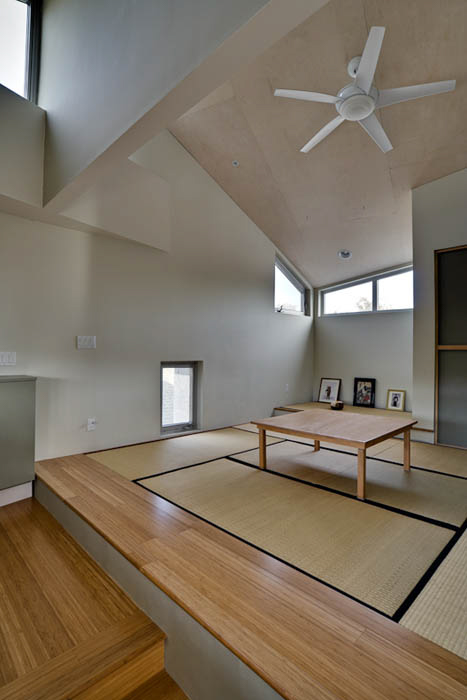 The design for this second story addition and remodel was derived from the client's interest in the traditional residential architecture of Japan. Several concepts from Japanese architecture were incorporated into the project:

Intermediate space: In the traditional Japanese house, the distinction between interior and exterior space is not clearly defined. Nature is drawn into the house by a variety of means, including sliding screens, porches (engawa) and the entrance way (genkan). Here, these traditional forms found multiple expressions. The north wall of the living room was extended to create a front porch that leads to a traditional genkan before opening to the living room. Verandas and porches were added to the rear of the house to provide the traditional transitional zone between the interior and exterior.

Building Morphology: In traditional Japanese home construction, the roof is raised on a frame consisting of wood poles prior to the construction of the exterior and interior walls and partitions. In concept and in execution, the roof is understood purely as a sheltering element, not necessarily as an indicator of the interior arrangement of the rooms and walls below. Adhering to that construction methodology was not feasible here, but the conceptual basis of the roof was applied. Here, the roof was rotated out of alignment with the exterior walls of the house to emphasize its function as a sheltering element. This resulted in a unique house-form that engendered a new set of relationships between the horizontal and vertical elements of the structure.

Asymmetry: The Japanese concept of beauty incorporates none of the symmetry that can be found in the pre-modern western aesthetic. In a symmetrical arrangement, left and right, size and volume are orchestrated to create perspective and balance. In an asymmetrical design, the balance between elements is altered to create dynamic beauty.

The project also incorporates several sustainable design ideas . Materials were selected based on their ability to be recycled or have recycled content, local sourcing, and simplicity. The addition is oriented to the north to limit solar heat gain. Natural ventilation and cooling are provided by a "heat chimney" in the center of the house, which fosters natural convection currents that lift warm air out and draw cool air in without mechanical assistance.