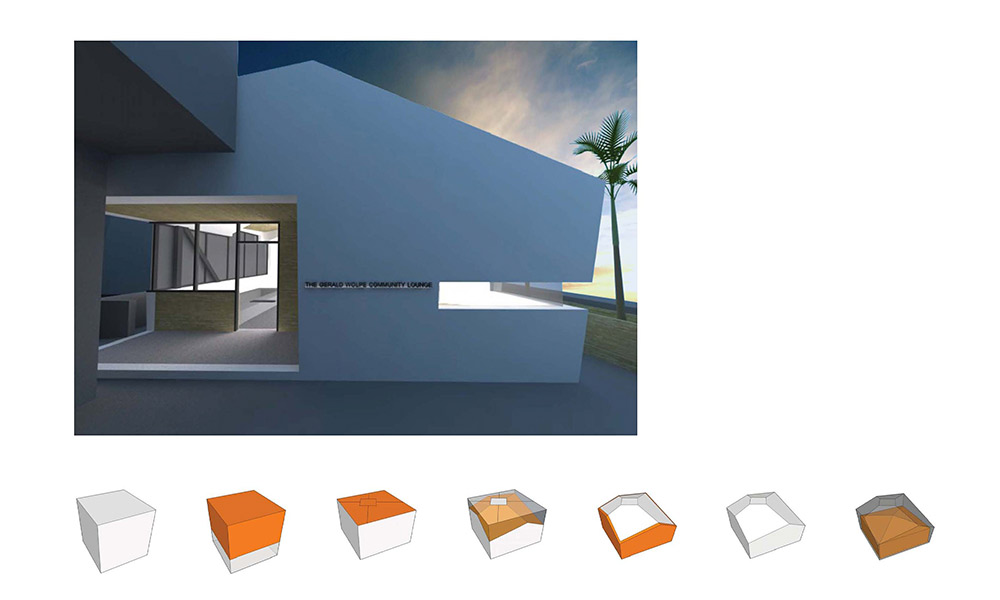 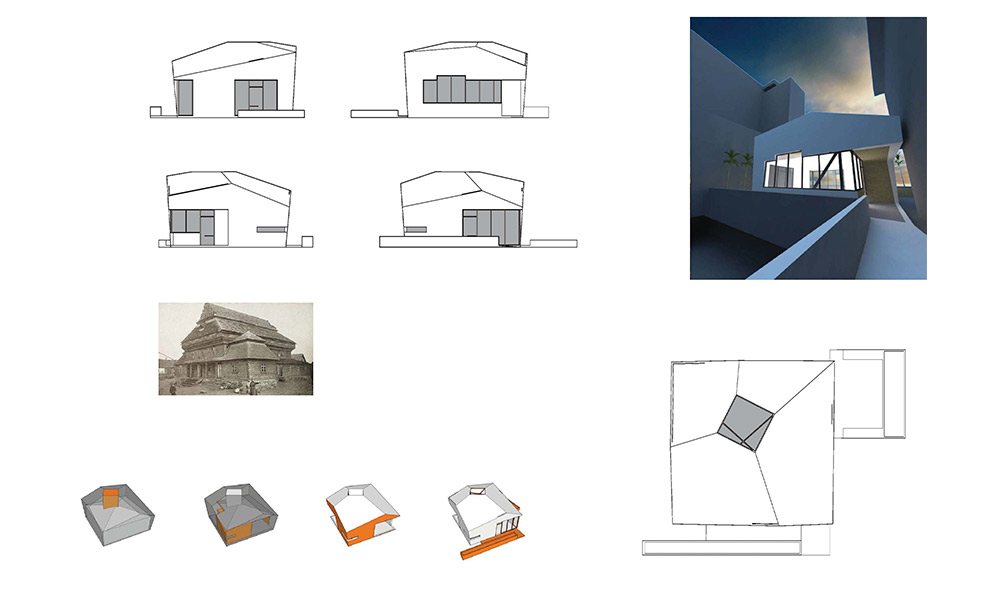 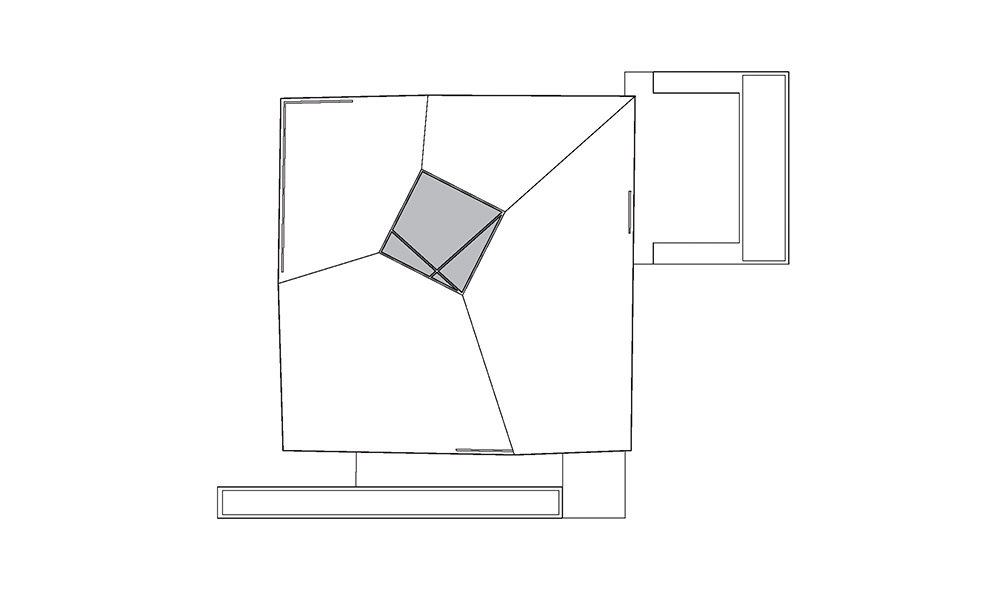 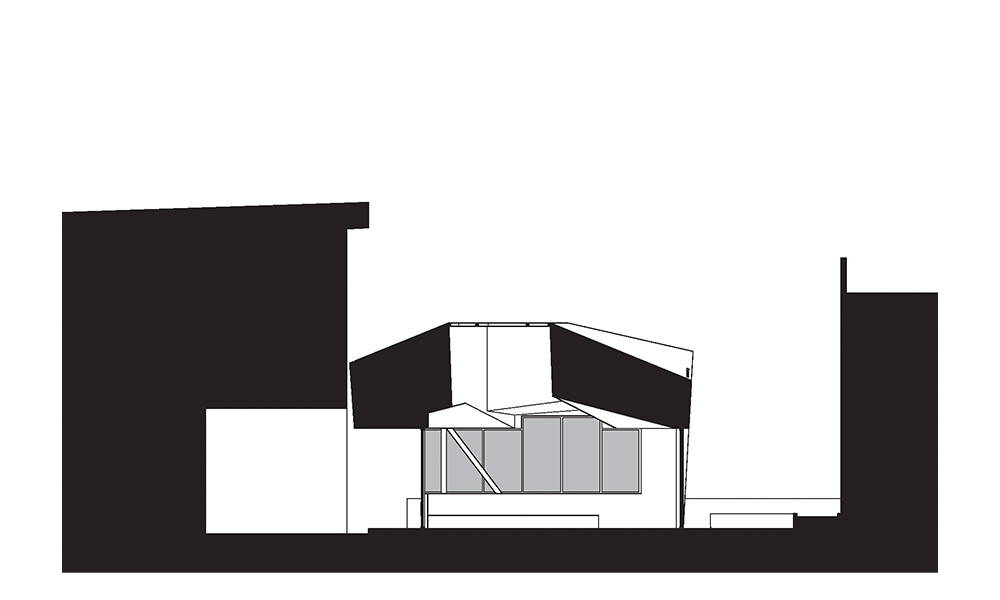 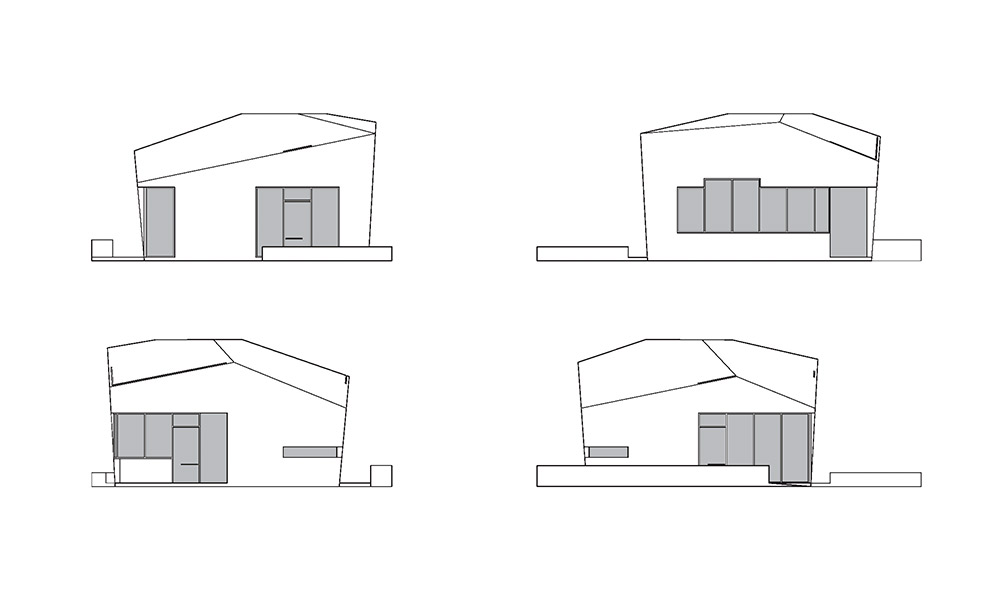 The Sinai Temple community consists primarily of Jews from two great cultural and religious traditions: the Sephardim from Persia and descendants of the European Ashkenazi.  This project sought to develop an expression of the word "community" that was specific to Sinai by looking for influences from multiple cultural and religious sources, and employing those influences to create an architecture that is unique. The existing Sinai campus provides a precedent for this approach. Both the original temple building designed by Sidney Eisenshtat and the 1998 addition designed by Mehrdad Yazdanieschew traditional forms and seek to express the values of Judaism and the Sinai community directly through material, form and light.

The lounge building resolves two distinct sources or orientations by combining them to create a cogent form which transcends its origins. Two historical sources were used for inspiration: the knisa of the Persian Jewish community in Iran and the wooden shuls of rural Poland built from the 17th through 19th centuries. These sources have a direct direct connection to the cultural backgrounds of the temple membership. Their re-emergence here acknowledges historical continuity and expresses reinvention.